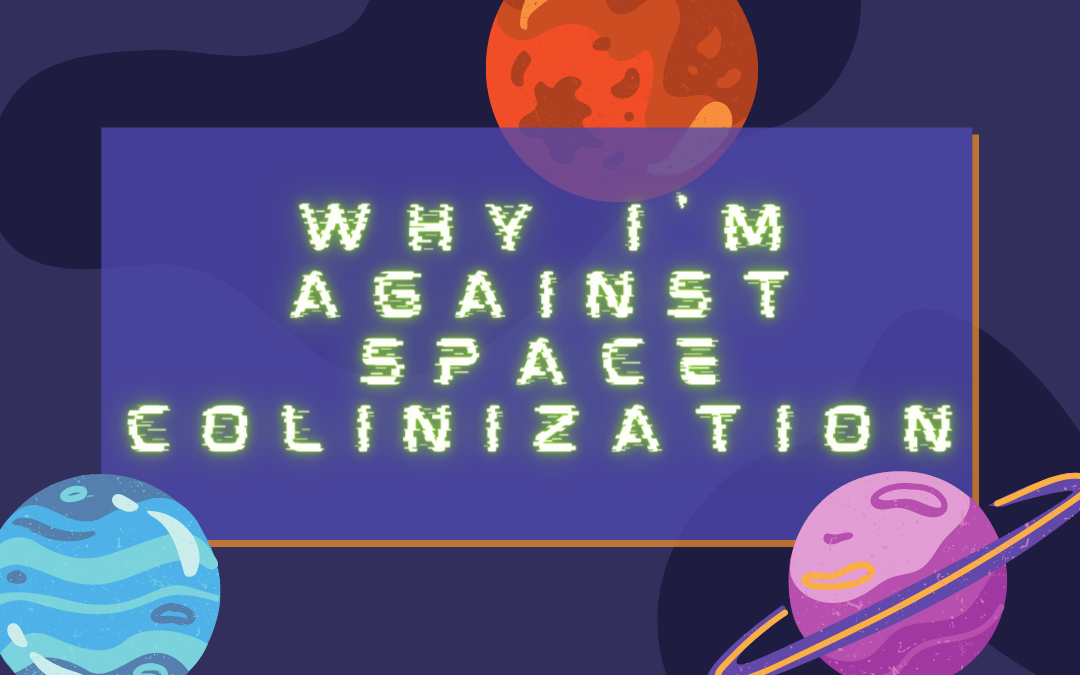 2021 is going to be a big year for space, says the Washington Post in a recent article forecasting the exploits of our favorite billionaires vying to extend their earthly domination to galactic frontiers. Or just see whose rocket is bigger (yes, it’s all very phallic from our favorite boy’s club). While NASA is landing another rover on Mars to look for signs of life and habitability, Blue Origin and Virgin Galactic are perfecting their suborbital commercial flights and SpaceX is working on its Starship to send people to Mars.

From one perspective, this is all very exciting for a species whose documented romance with space exploration started in the second century. It can be argued that space exploration is destiny for the Homo Sapiens Sapiens species which has demonstrated its mastery overcoming the challenges of settling immensely varied environments. At this very moment there are humans inhabiting base camp at Mount Everest, the dry sands of the Atacama desert in Peru, the frigidity of Antarctica, and so on…surely space is just the next stop. Right?

But dreaming of getting off this rock is extremely dangerous for several reasons.

First, it further perpetuates the thinking that this planet is expendable by increasing the perceived likelihood that we’ll be able to colonize another planet. With the vastness and riches of space, why sacrifice short-term convenience and economic growth when a whole new canvas to terraform (read: harness and extract) is soon available? Lest we forget what happened to the New World between 1600 and 1800? Even hopeful toying with this idea of off-planet colonization is irresponsible.

There are only a few known planets at the perfect distance from a star with the right atmosphere and temperature that appear hospitable to human life. Mars is not one of these planets. Could we inhabit it? Yes. SpaceX says it’s on target to launch manned missions to mars by the mid-2020s. An examination of our current trajectories, like accounting for exponential tech and Artificial Intelligence, still shows the overall likelihood of colonizing a habitable planet in the next few decades is low.

Meanwhile back on planet Earth, the only planet we actually know of that can not just sustain life but the life of our entire species, the sixth mass extinction rages, social/political/economic imbalance spirals, and our global community kicks the trash can further down the gutter, failing to take action on climate change because of a lack of will rather than technological capability.

Second, the timelines don’t line up. Now no one has a crystal ball about how global ecology will change because of global warming and there are some valid reasons to be dubious about the predictive accuracy of climate science. Yet all the signs are present that point to an aggressive shift within our lifetimes – biodiversity loss, reef bleaching, glacial calving, rising C02 levels, increasing ocean temperatures, and massive forest fires – to name just a few of those signs.

While we can populate Mars, the planet is a poor substitute for our luscious, fertile, and beautiful planet. And the significant travel time to other hospitable planets (6,300 years to the nearest star according to MIT) jeopardizes the probability of success for deeper, inter-galaxy colonization. The timeline we should transfix our attention to is the carbon drawdown timeline, not the galactic settlement timeline.

Third, the advantages of space travel are likely to be asymmetrically skewed towards the wealthy, a continuation of our tiered society where the velvet rope of luxury and privilege separates those wealthy enough for space travel, many but not all of whose ill-gotten gains were sourced from the pillaging of this planet’s finite resources and broken economic systems. As the wealthy perpetrators, enablers, and passive observers of our current ecocide punch their exclusive tickets to the New New World, they will leave the mass of humans behind to deal with multi-system collapse while they simultaneously use their first mover advantage to design another economic caste system where survival for the many is predicated upon the maintenance of power and privilege for the few. All hail King X Æ A-12. Nothing new to see here.

Me? I’m as deeply committed to Planet Earth as I am to remaining neurotechnology-free. If this is what a purist sounds like, then I’ll take two glasses of pure mineral water, some untainted food grown in healthy soil, and my messy, unadulterated emotions…

The Case for Space Settlement

Will A.I. Save Us From Civilizational Suicide?