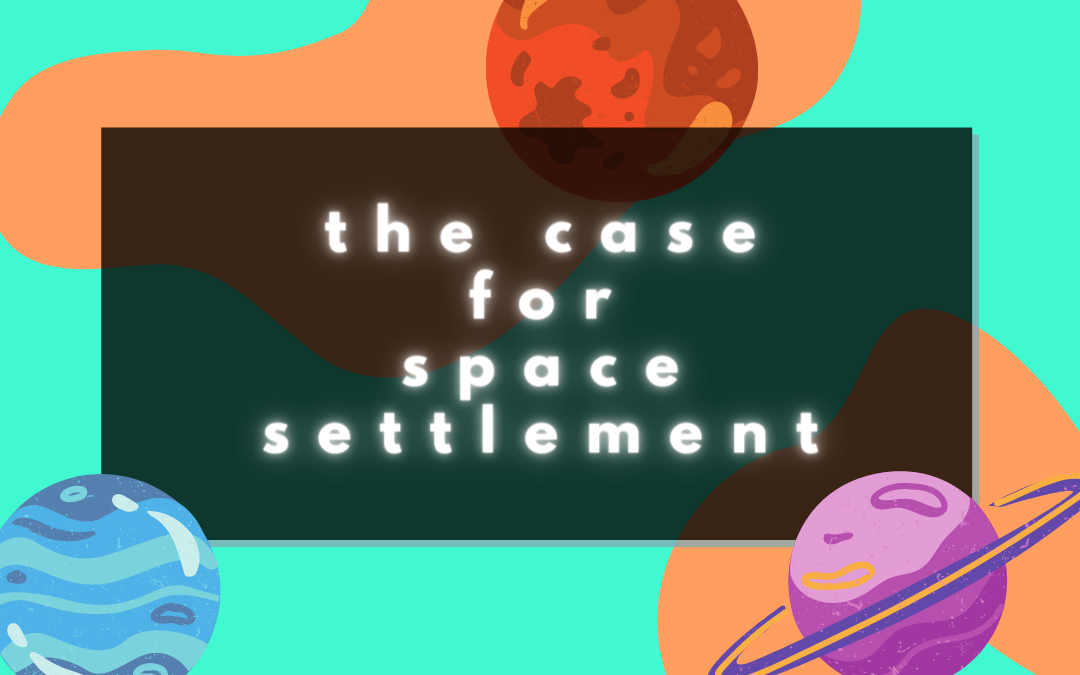 A few days ago I wrote why I am against space colonization. In an effort to build a healthy understanding of the issue in question, it only seems appropriate to steelman the opposing perspective. This thought exercise builds a skill important to sensemaking and a well-functioning epistemological practice.

No issue is monolithic. There appears not to be black and white but a multitude of perspectives that require considering. Once a good faith effort has been made to understand the full spectrum of potential perspectives a cogent and well tested position can be chosen, ever subject to a further review.

In the realms of complexity, accurate information is an essential ingredient in the process of understanding how a system functions. While there may be a limit to the number of variables a human can consider well, it is nonetheless important to put as many of the cards on the table. Depth of understanding is bred in nuance by discernment.

“You can’t fight fate” is one of the lines the movie Law Abiding Citizen rotates around, a line that must be applied to human’s inevitable emergence from a one-planet species into galactic settlers. First, it’s important to create a distinction between “colonizer” and “settler” in particular calling out the troubled and bloody history surrounding colonizers and dispensing with what that label suggests by opting for the label settler. “Colonizers” bring images of invading land that is already inhabited where “settler” suggests habiting unclaimed land. As humanity leaves planet earth, it is likely that any planet we arrive upon will be devoid of life, as far we know now.

In the previous piece, the contention is that dreaming of off-planet settlement perpetuates a dangerous collective mindset that promotes the expendability of our current planet. The danger is said to emerge because of global warming, the sixth mass extinction, and imbalance of social, political, and economic systems. However, the piece itself mentions that there is cause to be dubious about the accuracy of climate change predictions. There two likely scenarios emerging from this climate conversation, both of which suggest that exoplanet settlement is required:

In both scenarios, it is our responsibility in the present to push aggressively to expand our off-planet capabilities to ensure the survival and extension or our species. Consider the sheer number of successive generations that will follow successful extrasolar habitation. Billions or trillions of human lives depend on our ability to replicate the necessary conditions for life.

The piece also takes a dim view of the techno-industrialists who are pioneering the technologies necessary for the survival of the human species. The view of corruption, greed, and economic enslavement fails to take into account the natural trait selection that will occur through a human migration off-planet. While the proletariat bemoans the unfairness of the modern economic system, it is the most successful humans who have succeeded in amassing the wealth needed to “be the first to punch their tickets to the New New World”.

But success by what definition? Evolution selects traits that are most likely to continue the species. The most successful today, by the dominant cultural standards of wealth, are people most comfortable with competition and winning in zero-sum games. And while these traits may not be the “best of humanity”, they are the traits most likely to ensure the survival of the species.

Will peace and love hippies pull the trigger to defend the colony? Will enlightened new agists proactively wage interstellar war to protect the settlement? Will environmentalists extract space’s vast resources to build our future spacetropoli? Will socialists decisively direct the machinery of the human mass’ work efforts to accomplish great feats?

Since the agricultural revolution our species has demonstrated our predilection for social hierarchy which is no different than the hierarchies observed in the multitude of earth’s fauna. That this hierarchy should guide the process of human propagation off-planet and establish the structure of society necessary for division of labor is a natural feature of the human species. When more than 99.9% of species over the millenia fail, survival is a cutthroat affair and the success of Sapiens to date demonstrates our ability to adapt as necessary to thrive.

As noted, the settlement of Mars is an uphill battle to create the conditions for life on an inhospitable planet barring the discovery of a tremendous amount of water that can be converted and used. The Martian with Matt Damon appears to explore the scientific realities of mars settlement with a level of believability. If we are to settle space all signs point to finding a planet that is equidistant from its sun as earth is from ours with an environment, air, and temperature suitable for habitation.

These requirements mean that the next human planet, Earth 2, will be a great distance from our present location in the milky way galaxy. To settle this distant planet will require planning, resources, and technology that will stretch the current limits of human capability. Just as the moon program created many beneficial technologies in its wake so too will this great journey push the frontier of human knowledge and technology, a beneficial exploit in itself.

Because of the great distance, communications between Earth 1 and Earth 2 will likely take time. This means that Earth 2 will have to be self-governing. This is a tremendous opportunity for the innovation of our governing structures.

The challenge of sending many thousands of new humans across space to populate Earth 2 cannot be accomplished by one country alone. This endeavor will require the sum total efforts of every nation and every people coordinating together to solve various technical challenges. Each nation will bring different parts of the puzzle piece together, much like the International Space Station, in order for the human species to successfully move off-planet.

Space settlement is human’s greatest shot at global peace and unity. If we are to survive as a species, we must transcend petty differences and the lower instincts of our nature. Space offers this opportunity to us, just as the acknowledgement of extraterrestrial life, or a hostile ET attack, will do.

Ironically, it’s this very solidarity, or the lack of it, that is the block to the vibrant, verdant, functional, just, and equitable Earth alluded to in the previous piece.

If we are to save planet Earth, it is best accomplished by pursuing the path that leads to greatest human cooperation, even if through that path the wealthy of each human nation are the ones to head off-planet. To put all of our species’ eggs in the “must save Earth” basket is naive-at-best, homicidal at worst, accounting for the many variables of our current state of affairs. And while idealism has its place, so too does pragmatism.

If there is no saving planet Earth, we are compelled to act with great urgency at developing the capability to settle other planets. While technology is advancing exponentially, there is still a very large gap in our ability to sustain in a spacecraft a population large enough to resettle a planet and then successfully settle what will be a totally unknown environment.

Either way, it seems most advisable that we buy ourselves as much time as possible by vigorously pursuing a set of actions that hedge the possibilities of extreme climate change. We must be all-in on a set of policies and actions that represent a BOTH/AND solution.

Space may be the final frontier, but it soon won’t be made in a Hollywood basement.