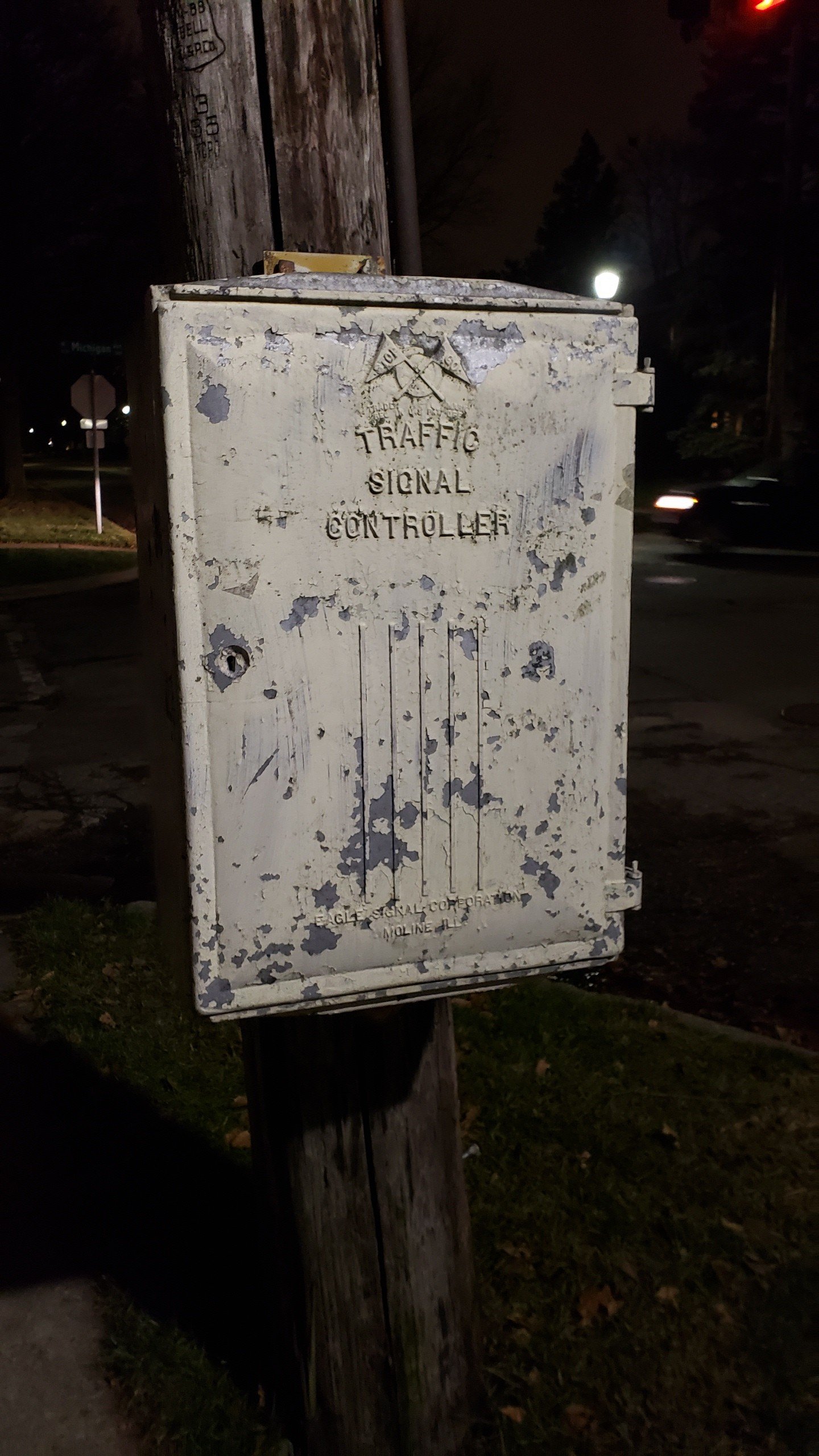 Engage visual observation. Rust and patina suggest an age as old as WWI. Access knowledge of history. The McPherson Farm became the Westside neighborhood around in the mid-1920s and early 1930s and the box could be as old as that. Research suggests the box is from the 1950s, fifteen years after the introduction of MUTCD standards.

Observe the obvious age of the wooden pole and the burn marks. Given the age of wood and wear, this is likely a white pine tree from a stand in Michigan. The pole is stamped with Michigan Bell who planted millions of white pine trees for telephone poles. The pole and box, antiques to be sure, appear to be absent stylers or flyers, suggesting that this box has either been ignored or treated with respect, both surprising given the proximity (two blocks) to an inner city high school.

Trace lineage. Where is the box from? It is stamped from Illinois. Out of state manufacturing suggests this was forged in the mid-to-late second industrial revolution, a time when goods were manufactured non-locally and shipped using locomotion and internal combustion technologies. 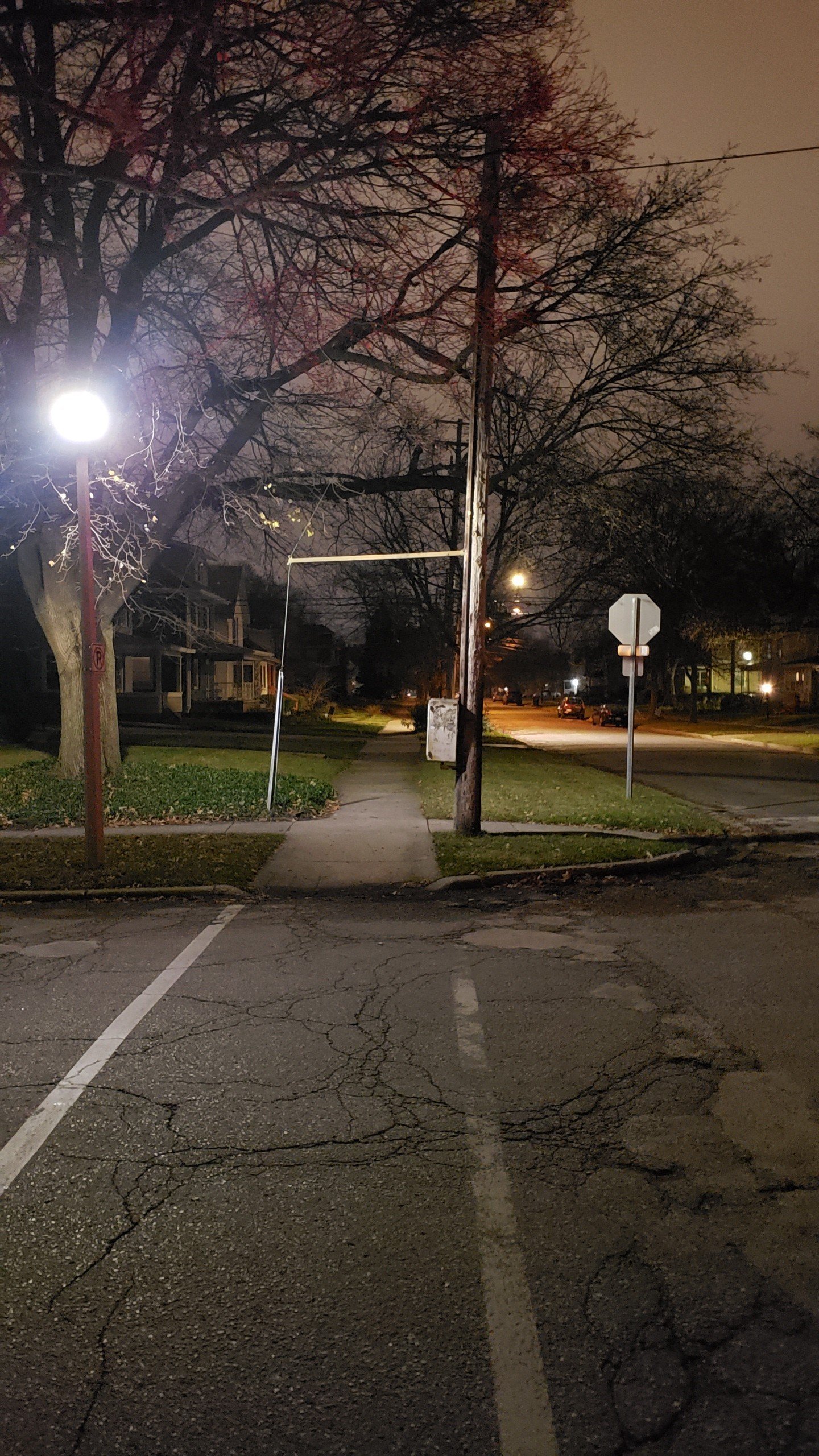 Examine the System. The concept of a blinking light itself exists on a timeline evolving from train and trolley signals to centerlines to stop signs to lighted traffic signals. No one person can build a traffic box. It requires a long history of metallurgy to make the box and the legacy of Edison/Tesla (and some other unidentified people) to create electrical switching technology. Electrical engineers, supply chain people, salesmen (this was likely sold in an era dominated by male salespeople), maintenance men, and municipal departments are all instrumental in the placement of this specific box on this specific corner.

Look for Life. One quality of life is vitality, the ability for a system to exist over time. This blinking light system equipment inside is likely not new. In fact, it may be original switching tech that still works, harkening back to a time before integrated circuits (made overseas) when U.S. manufacturing produced equipment with high reliability and quality. That was 452 words!

Will A.I. Save Us From Civilizational Suicide?

Against This New Normal