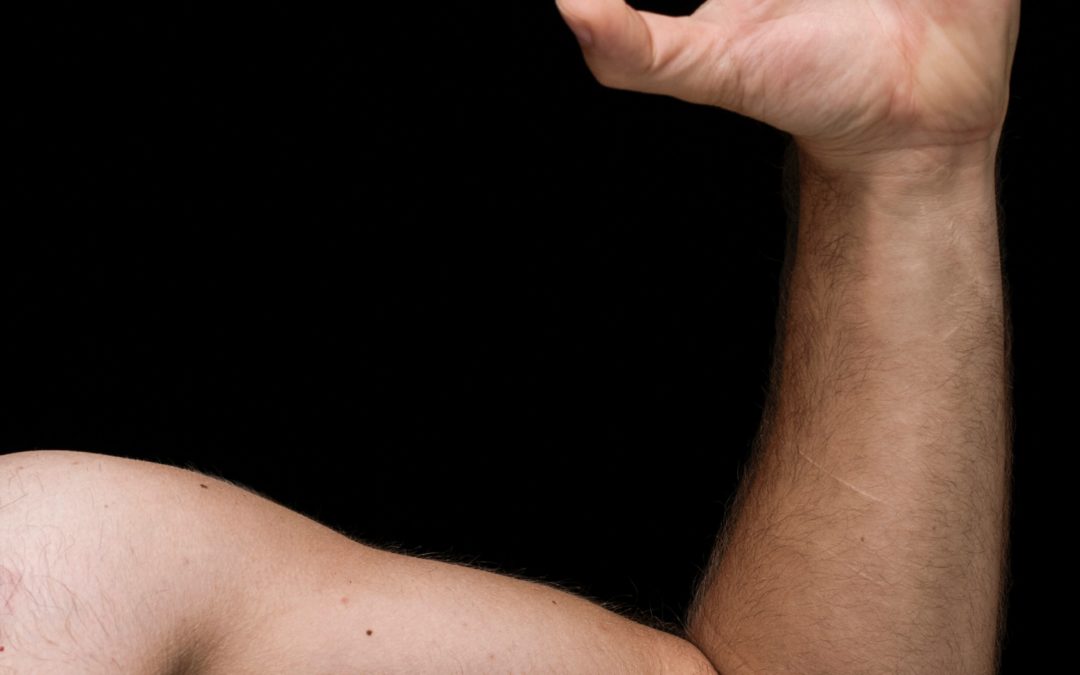 I haven’t worn deodorant since we left the office and quarantined ourselves at home. I doubt I’ll wear deodorant ever again. If that smells funny to you, let me explain why it’s not.

First there’s the obvious health reasons. Over the years I have slowly been changing all of my personal habits to align with that which is most beneficial for my body. I don’t eat perfectly clean all of the time but consistently enough to make a big difference. Sleep, exercise, grooming, TV habits – all tuned for optimum health. My body is my temple and I treat it as such.

One element of these actions is eliminating environmental toxins and stressors from my immediate surroundings. I’ve switched to organic soaps and you guessed it – organic deodorant. Most common deodorants have some combination of the nasty 5: parabens, triclosan, phthalates, propylene glycol, and aluminum. These lab-made chemicals have a dubious record as potential carcinogens. For years I doused my underarms in “manly scents” from your traditional big brands until I finally realized I did not want this junk directly on my skin day after day.

Progress made. And the organic deodorant I use passes the sniff test. I cannot remember a day in more than a year of using it that I was disappointed in its odor eliminating abilities. Yet even my organic deodorant is a concoction of different ingredients that mean relatively little to me. I don’t know what ozokerite is. Do I know how my body specifically reacts to it? Not really. And could I separate out reactions of one ingredient from another? No.

One of the guiding questions that guides my health habits and behaviors is: what is natural? Natural from an evolutionary biological perspective. As in, what are our bodies uniquely adapted for over the last tens of thousands of years? This answer to this question is why I practice intermittent fasting and see validity in the Paleo diet though I don’t follow/prefer it.

What is natural is body odor. Armpits (or other areas of our body) smell because of bacteria that thrives on the skin. Our pits are the perfect local hangout: warm, moist, and usually dark. There’s a bacteria party in our pits. When we sweat, the bacteria break down the sweat and produce a product called thioalcohols which are nowhere near as fun as normal alcohol and significantly more putrescent.

According to Dr. Zeichner, a board-certified dermatologist in NYC, “some people speculate that stopping use will help your skin’s natural microbiome reset, though it is unclear whether this has any significant impact on your health.”

So how did we get here today?

Deodorant and anti-perspirants are an $18 billion industry. It wasn’t always thus. We didn’t always slather our pits with a concoction we know little about. We didn’t always abhor the natural odors of the body. Would it surprise you if I told you our habit is due to a brilliant marketing campaign? Turns out there is plenty in common between diamond engagement rings and deodorant.

When first introduced at the turn of the 19th century sales struggled because many people thought the anti-perspirants and deodorants were unnecessary, unhealthy, or both. Decades of advertising focused on a different angle for women and men. Odor busters got their pithold with women who were told explicitly that the reason for their loneliness or inability to keep a man was their odor. Presented as a social faux pas, odor was portrayed as a significant deterrent of healthy social functioning. Decades later the advertisers focused on men during the Great Depression, warning men that those who were the smelliest in the office would be the first to lose their jobs. New flash: your career and your odor are inextricably linked!

I used to think I didn’t have body odor. And I didn’t. I would even skip a day here or there and voila, fresh pits without any B.O. The reality is that I so consistently applied deodorant that it leached into my skin. My decision to stop wearing deodorant is guided by another simple question I ask myself: why do I do what I do? Is it mine? Or is it programming from parents, friends, television, culture, etc…?

Our retreat from the office seemed like the perfect opportunity to go au natural. As I stopped wearing deodorant, the illusion of my fresh pits quickly faded. I’m now fully aware that my body does in fact have odor.  Joy!

I’m celebrating this because it feels like an opportunity to claim what is good and natural about me. Modernity is obsessed with everything clean, hygienic, and sterile. Our contemporary construction designs produce buildings with clean materials. Our public spaces are sanitized for fear of germs (which besides from a pandemic are beneficial in building our immune system).

When you look out in nature, you can see that it is messy and dirty. Any stroll through unkempt nature reveals there are not clearly demarcated lines where one plant begins and another starts. Nature is a highly complex and interwoven system that does not resemble the sterility our culture now prefers.

The presence of my body odor is claiming my natural self before the cultural programming instilled from a young age that odor was bad unless it smelled like cologne (or at one time half a bottle of Axe but that’s a different story).

I recently finished reading Iron John. It feels as though the liberation of my underarms ia parallel to my reclamation of the Wild Man. There is a palpable instinctual feeling to catching a whiff of my odor – a power and sense of raw self. No evasion of nature here!

About a week in, it seemed to be very strong. Not nasty. Strong. Like sitting in my chair going, “what’s that?” Oh…that’s me! type of strong. But then it mellowed out. I average about 6 showers a week and a bath. I’m already clean. With proper shower habits, despite intense daily workouts, I can say that I’ve never felt dirty once.

I’ve also noticed a direct correlation between my diet and the odor. It seems that pit odor is a great barometer for how healthy and clean I’m eating. Up the sugar and the effect is noticeable. In writing this I read several articles about food items that increase odor. According to this list, I frequently consume two of the top 5: fish (I eat salmon twice a week and broccoli/cauliflower (thrice a month). Every body is different.

What I haven’t correlated yet is the reaction of women. A body of research suggests that a man’s musk has potential negative and positive effects. GQ says “a recurring hypothesis regarding body odor and sexual attraction is that a person’s immune system influences what he or she perceives as attractive, and also influences what their own unadulterated scent would be minus all of the personal-care products.”

The Social Issues Research Center says “(t)he male pheromone androstenone is not the same as androstenol. Androstenol is the scent produced by fresh male sweat, and is attractive to females. Androstenone is produced by male sweat after exposure to oxygen – i.e. when less fresh – and is perceived as highly unpleasant by females (except during ovulation, when their responses change from ‘negative’ to ‘neutral’).” Unfortunately the fresh attractive sweat fades in 20 minutes and the oxidized sweat repellent lingers. The jury is out on this topic, though given the pandemic, rising cases, and an interesting summer ahead, it may be a long time before I get to notice an unconscious revolting reaction or the playful twirling of hair…

My odor is at a minimum. I’m eleven weeks in.

And there’s an untamed element to my persona which I really like.

Though my weekly average has slightly reduced since quarantine, I still shower most days.

The real test is the integration back into society – whenever that happens!

I’m socially aware enough to notice people edging away. I’ve certainly done it before. Like many things, perhaps MY smell is good, but YOUR smell is bad. Time will tell!

In the meantime, I will pray to Sterquilinus, the Roman God of Odor (or manure more accurately), that I may be blessed with a pleasing odor, just not too much of it.

Photo by engin akyurt on Unsplash